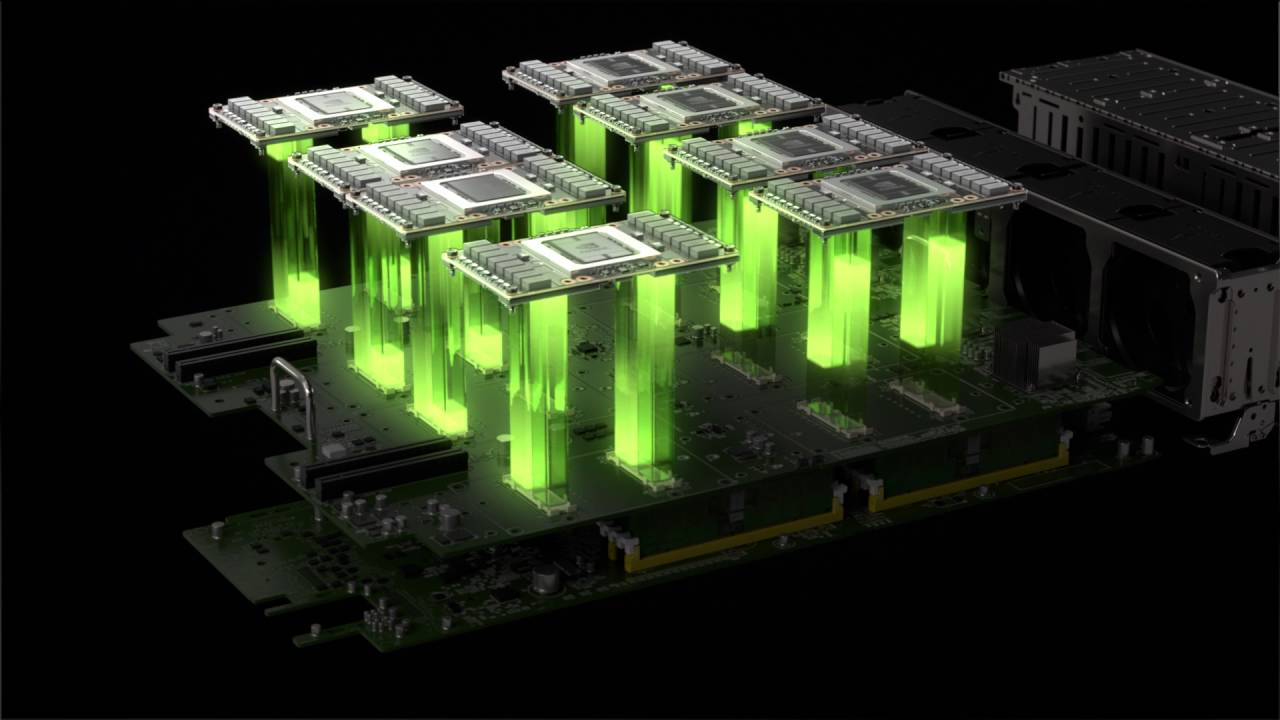 Here we present the results of our benchmarking of JADE. The benchmarks we are running are our HECBioSim benchmark suite here. Our benchmarks aren't too heavily tuned as these are designed to be used by our community to work out how much HPC time to ask for on this resource, so are set at a level that would be reasonable for any normal biomolecular MD simulation. More information on the benchmarks themselves can be found at the above link.

JADE is the first iteration of the UK Tier2 service and is hosted by STFC on behalf of Oxford University. JADE comprises of 22 nodes of the NVidia DGX1 where each node contains two Intel 20 core E5-2698v4 (broadwell) processors and eight NVidia V100 32GB SXM2 GPUs. Each node has onboard NVLink for high speed inter GPU communications and has a fast infiniband connection to storage. Each node has access to high speed Lustre parallel filesystem.

NAMD 2.14
We are currently re-acquiring these benchmarks

NAMD 3-alpha7 - single node, single GPU - do note, this is currently an early alpha release of 3.0
We are currently re-acquiring these benchmarks

In our initial benchmarking run we focused on single node with single GPUs on JADE. We will be adding more stable codes and starting to look at how to get the best out of single node multiple GPU soon.